A little over a week ago, Queen Elizabeth became Britain's longest reigning monarch in history. 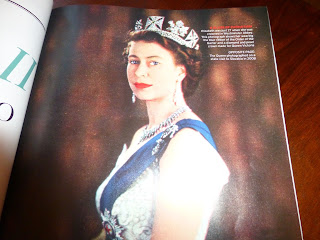 She was never meant to be queen, but because her uncle abdicated, everything changed.
Her father became King George VI. Remember the move The Kings Speech?

I researched a bit about her.  Here are a few fun facts about the reigning monarch.

She has worked with 12 prime ministers.  Those include Winston Churchill and David Cameron.  Also, remember Margaret Thatcher?  What a team of girl power!

She did an epic appearance during the olympics with James Bond actor, Daniel Craig.

The most traveled monarch. Airplanes may have something to do with that!

Princes Charles  is the first child in history to witness his mother's Coronation.

Just think of all the American presidents she has met in her lifetime!  Eisenhower, Kennedy, Reagan, Obama--WOW!

The 90s had a few catastrophes.  In 1992, a fire destroyed parts of Windsor Castle.  Prince Andrew and Sarah's marriage fell apart, as did Prince Charles and Princess Diana's.
Of course, the worst was the death of the Princess.

In 2002, the Queen lost both her sister and the Queen mum just weeks apart.

In 2011, a spectacular wedding happened.  --Prince William and Catherine were married!

The Olympics were held in the UK, and an heir was born!

Soon the Queen will be 90.  I'd say she has lived quite the spectacular life thus far. 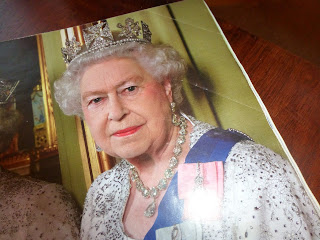 
Do you make your bed every day?
Watch the video to see why you should.

Plans are in motion

I was able  to spend some time with these two yesterday.
They are here in America  from England. 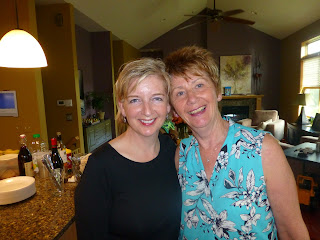 Me with the lovely Marion. 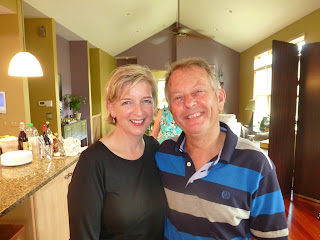 And this is Alan.  Marion's handsome hubby.

The dates are set.  Won't be long and it will be us from America, going to there---England!!!
BONUS---a side trip to Spain to be with more friends!  I'm so lucky!!

My heart is in Dallas 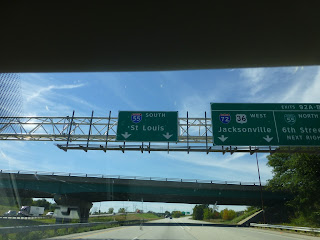 Do you ever find yourself reminiscing about where you were a year ago?

For the next few days, my mind will wander back to great memories from last year.
This very week last year, I was in St Louis.

Each year, a BUNCH of writers get together and laugh, hug and stay up 'til all hours of the night brainstorming plot ideas.
Some even win awards and land an agent or an editor.  It's a great time to network and meet lots of people who share the same dream as you.  The dream of one day being  a published author.  It's very intimidating as there are many many published authors who attend this conference.  BUT, they are all very approachable and very normal! 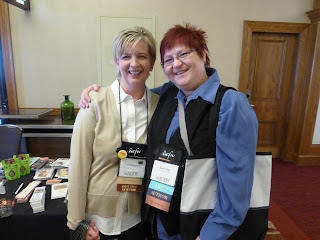 Here I am with my DREAM AGENT, Karen Ball.  Believe me when I say that EVERYONE wants her to be their agent.  Yep.  EVERYONE.  She is a class act.  Bucket list:  Have Karen Ball for my agent!!!  Perhaps one day. 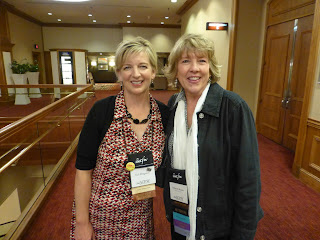 Still in awe that I met Deborah Raney!  She is quite an accomplished author.  She even had a movie made from one of her books!  The movie is called A Vow to Cherish.  Love this author. 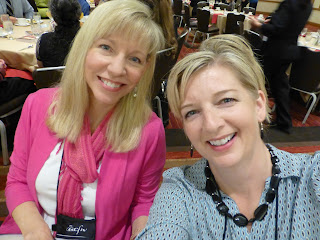 With Author Julie Klassen.  We are kindred spirits.  We both are crazy for England! 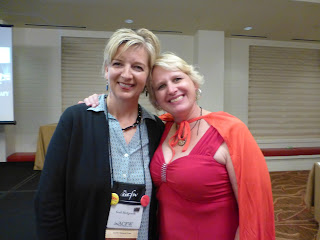 Me with the very talented Susan May Warren.  She has like 50 books to her credit.  She's a writing machine.  I want to be like her.  I tell her that and she says, "You be a writer like you!"  I have learned so much from her thus far.

Last year, I met two wonderful gals of whom I do not have  a picture!  Don't know how that happened, as they have become a very important part of my writing journey.  We met while eating dinner on the last evening of the conference.  Nick and Kelly.  My brainstorming partners.  They are invaluable to me.  We are from different parts of the country, and meet once a month online  to talk about how our writing is going, and also talk through an agreed upon book that we have read throughout the month.  Writing can be very lonely, and so it really helps to have those in your inner circle  who "get" you.    Enter Nick and Kelly, and also many others that I meet along the path.

This very moment, Nick and Kelly, along with lots and lots of other writers,  are congregating in Dallas.  I have a few friends who are up for awards.  Can't wait to hear their good news!

Thinking of all of you, wishing I was there.  Hugs.

Teacups and a pen

What do teacups and pens  have in common?

The pen. It used to be about just one.  A very significant pen given to me by a very important person in my world.   A chance encounter meeting  him and his better half that has led to trips outside the USA, dinners, walks, talks, and field trips to museums.  Basically, endless fun with two souls who mean so much to my family. 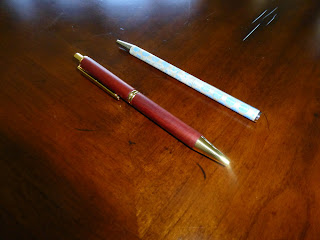 He gave me that blue one in the photo six years ago.  Surprised me with it on holiday in England.  A gift that I have used ever since.  NOONE uses that pen but me.  It has great sentimental value to me.  I would be devastated if I ever lost it.  I use it constantly.
Truly, it is a prized possession.  Until yesterday.
Same guy, different pen.  The first one was bought and I LOVE IT.   This one--he MADE.  And the truly unbelievable thing?  He made it for ME!  Me.  I am humbled.  I can't even describe it. First one he has ever made, and he made it for me.  I was the first one he thought of.    His fingerprints  all over it, touching it, crafting it--ALL FOR ME!  I think the blue one just got bumped!  Someday I want to be a published author.  He, along with his soulmate Yvonne, believe I can do it.  And so I write.  I have two pens to remind me to Keep Calm and Write On!!! 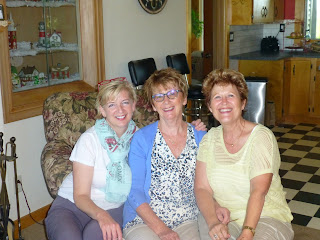 My happy day!  Yesterday I got a pen made just for me, and I got to spend the day with friends.  Marvelous friends!  Marion (in the middle) is from England!  And that is my dear friend Yvonne on the right.  In MY HOME!!!  YAY for me!! 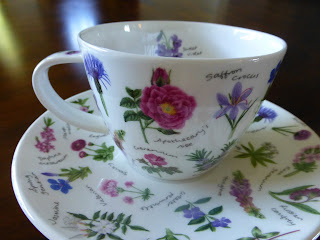 A tea cup just for me ALL THE WAY from England!   ( Oh--and the magazine in the below picture too!)   Can't wait to read all about the queen!  Thank you so much Marion.   THEN, I have this fun friend in Spain.  My friends hand delivered this tea cup from her to me.  ALL THE WAY FROM SPAIN.  For ME!  I am overwhelmed.

What do a pen and teacups have in common?  Friendship.  I am rich and blessed with friends who love me and cherish life and the gift of friendship.   Every time I write and have a cup of tea, I will think of each of these friends who help me to grow and enjoy my life. 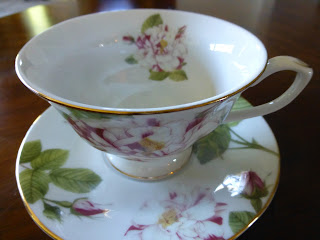 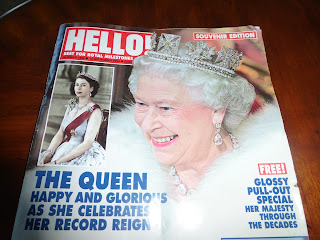 So, do you live near an area  tourists navigate to?

Recently, cousins from North Carolina came to see us.  We discussed where to take them and what to do.
Stillwater, MN came to mind.
I go there every week to climb the famous steps for my workout. I forget just how many people travel from distant states and countries to take in  the historic town.

A trolley meanders through the village telling stories of bygone days.  Embarrassed to say, we have never ridden it!  What better chance than with out of town guests!
And so we did! 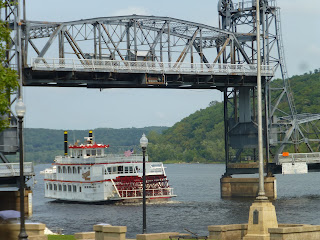 Isn't this a great shot of the bridge and the scenic river? 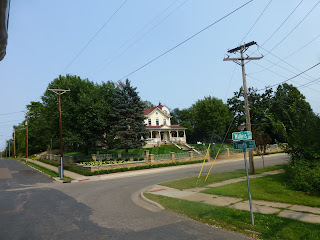 The trolley bell dings,  cruisin' down the many streets that lead to bed and breakfasts in town.  We oohed and aaahed at the site of them all. 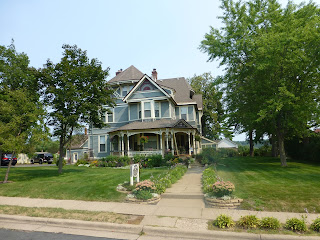 We just may have to stay a night! 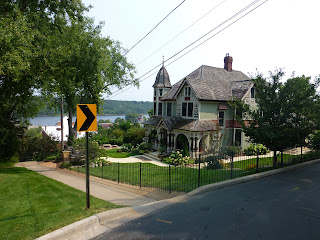 This is perhaps my favorite landmark  in all of Stillwater.  A privately owned gingerbread home!  I never tire looking at it.  See that sidewalk in the picture?  The steps I climb are just down past the trees.     My reward for climbing them is a glimpse at this house each time I get to the top!  So worth the effort.

If you get the chance, ride the trolley.  You may even get a peek at where the actress,  Jessica Lange , used to own a home. 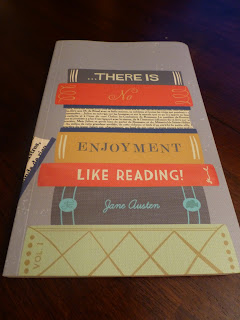 I read a blog this week that made me wonder how many I actually do read.  I gasped when I saw hers.  100
Wowza.  That's a lot of books!

I happened to be browsing through  a quaint little shop yesterday.  My heart skipped a beat as I picked up this beauty.    A way to keep track of all those books I read with quotes from English authors sprinkled between the pages.   A treasure find indeed. 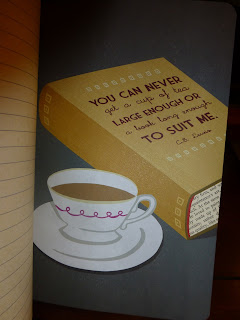 And yes--I bought it!

Awesomesauce.  No, its not a new name for BBQ sauce.  It means extremely good.

The word is one of about 30 new ones added to the dictionary for 2015.

My personal favorite:  HANGRY!  Yep.  It means exactly what you think.  You are so hungry you become angry!

http://www.rediff.com/getahead/report/specials-awesomesauce-30-new-words-added-to-oxford-dictionary/20150903.htm
Posted by Tea Time at 3:55 AM 2 comments: