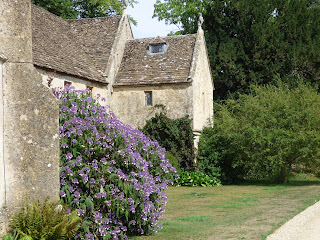 Lacock Abbey.
I had to watch my time while there. I spent at least an hour just wandering around the estate. Hubby had to remind me there was more to see inside!

I loved just being still and thinking about what life was like to live there.
Did the owners take the time to breathe in the fresh air? Did they count all the sheep? Did the bleating get annoying? 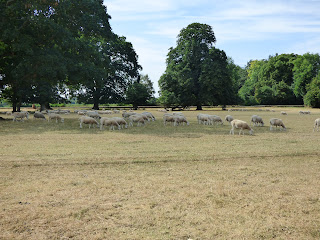 I thought they were cute! I can see where the saying 'counting sheep' can finally make one sleepy. On this particular day, there were a lot to count! 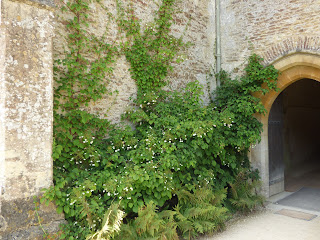 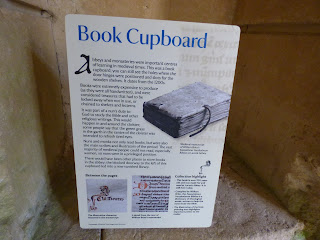 I love books. This cupboard was near the entrance. I would have made friends with the nuns straight away! 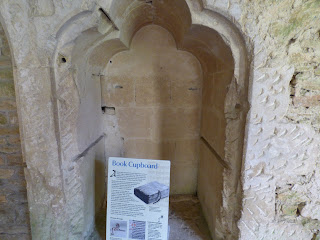 You might recognize the Abbey in some familiar film scenes. 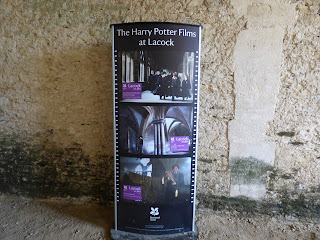 Harry Potter and also Pride and Prejudice have been filmed here. I just read the Abbey was closed for some days this past month due to filming. I wonder when we will see the Abbey in pictures again? 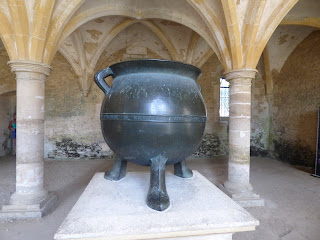 Hubby told me this was in a Harry Potter movie. I wouldn't know.  I've never seen any of the movies. GASP! I know. Hard to believe. An anglophile that hasn't seen Harry Potter. I'll see them. Eventually. It's just not my favorite genre. (You can close your mouth now!!) 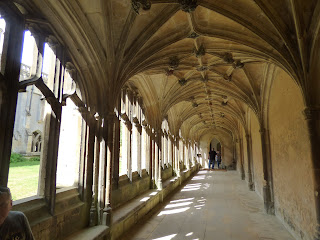 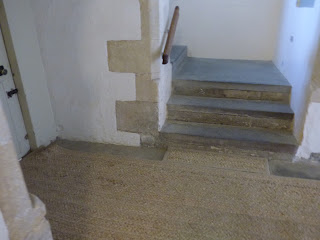 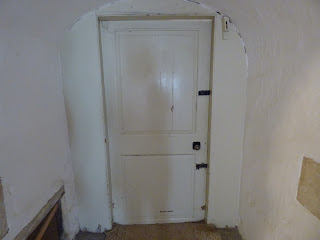 Doors and stairways fascinated me while on holiday in England. Where do they lead?
Who knows. But just like life, you'll never know if you don't open the door and take the next step.