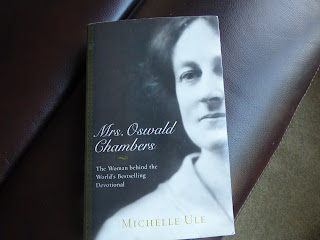 Meet Biddy.
Her name was Gertrude Annie Hobbs, but Oswald called her Biddy.

I just finished this fascinating read. It's a nonfiction book that has given me pause since reading The End. This woman dealt with extreme conditions, both weather and excruciating life experiences. You'll just have to read the book.

It's a story of perseverance in the midst of loss.
I guess what first drew me to Biddy is the fact she drank tea and wrote six letters every single day. Truly.
Kindred spirits, her and I.

Biddy grew up during the final two decades of Queen Victoria's reign.
Biddy would strive to do the very best in whatever she did.
Learning best when her hands were engaged, Biddy excelled in shorthand and typing.
Her goal was to be the first female secretary to the prime minister of England.

They married and opened a Bible Training College in Clapham Common, London.

War began. WWI.
Oswald was called to work with the YMCA in Egypt. He had to leave Biddy and their daughter Kathleen behind until it was safe for them to travel. Money was tight. (tight being an understated word.)

In the midst of all that, Oswald fell ill and unexpectedly died, leaving Biddy with a child to raise on her own. His death affected thousands and thousands of soldiers who loved him dearly.

Biddy persevered and felt called to make a devotional of all the teachings Oswald taught.  This is where her passion (shorthand) was used for the glory of God.

We know it today as this... 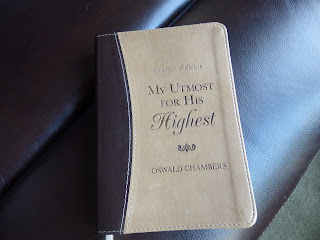 I believe the world we live in today would have embraced Oswald. He never judged. He and Biddy loved soldiers and anyone else they came in contact with. They lived by example. They loved like Jesus.
My Utmost for His Highest has never been out of print.
Do you have a copy?

Biddy lived by these quotes, which I have written in my planner and use on a daily basis... 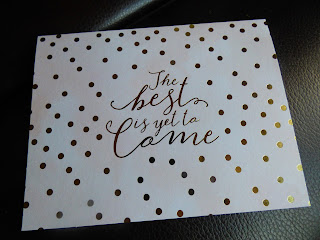 DO THE NEXT THING.

When I don't know what to do, I do the next thing. Just like Biddy.