This weekend I stumbled upon an old bookstore.  I told my husband I would be "just a minute."
Ha!  I spent a couple hours in there!

I got lost in the pages of history.  The place smelled old.  I had stepped back in time.
The books lined the shelves all the way  to the ceiling.  I got to use a ladder to get to the top.
Good thing.  I found this gem tucked between two mammoth books. 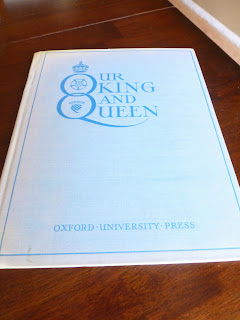 Black and white photos retelling the story of "Prince Albert Frederick Arthur George is now become our only Lawful and Rightful Liege Lord George Sixth by the Grace of God, of Great Britain, Ireland, and the British Dominions beyond the Seas, King, Defender of the Faith, Emperor of India..." 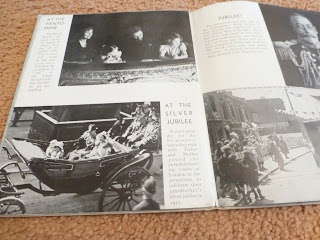 I do believe I struck literary gold!!