Winston Leonard Spencer Churchill was born November 30, 1874.
Obviously he was best known as Prime Minister, but did you know he won the Nobel Prize for Literature? 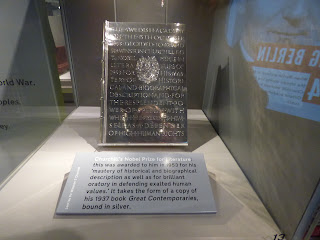 How did I not know this?

After spending the whole day in a fictionalized Downton Abbey, we spent much of the next day learning all about the very real Winston Churchill while touring the Churchill War Rooms. It was fascinating. I could have spent the whole day inside. 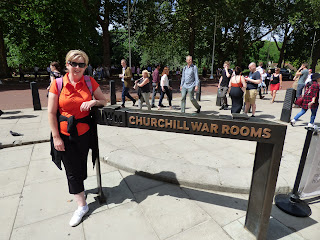 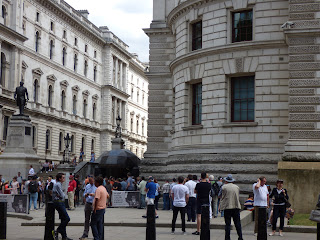 If not for the crowds, it would be easy to overlook the famous rooms. The original basement store was chosen because of its location near Parliament and also Number 10 Downing Street.

I tried to imagine what it was like being a part of this underground world while I walked through the rooms. We were told the area was smokey and airless. I can tell you with much certainty, I would not have survived those kinds of conditions. I'm not good at all with any kind of smoke. I think I would have taken my chances and ran for the exits to inhale fresh air!

Along with the smoke, there were rats, insects and noise. The blare of bright lights must have been difficult also.  Doesn't it sound like a great place to hang out?  Um...no thanks.

Churchill hated noise! Go figure! The typewriters had to be special noiseless ones, and he hated whistling! Oh the enraged anger when he would hear someone whistling! I guess everyone has their irritants!

Churchill had few real weapons in the early days of the war. He attacked with words.
He gave many speeches which are among the most powerful and inspiring ever given in the English language. He was a gifted speaker, indeed.

As I love to write, I found it very fascinating when I read just how much Churchill loved it too.  After losing the election in 1945, Churchill wrote. He was about 70 years old. So inspiring. You lose, but you must keep dreaming and doing the next thing. 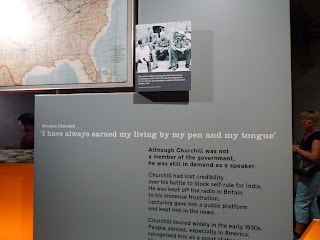 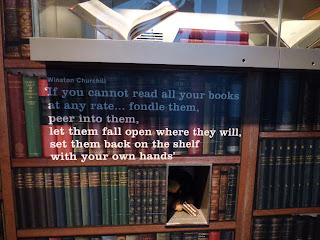 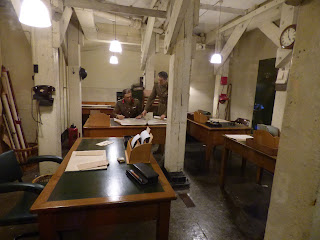 This is a picture inside one of the war rooms. Just think, this is not fiction. Real life stuff happened in this very room. Things that changed the course of the world. 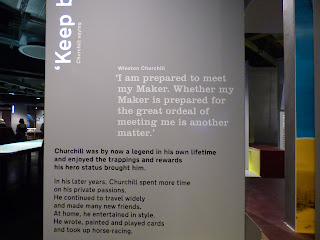 I wonder what it was like?!
Like him or not, Winston Churchill lived a pretty magnificent life. Prime Minister, husband, father, painter, writer. Did you know he was a prisoner of war for a time in South Africa? Yep. Amazing, intelligent human being.

I'm learning more and more about him as I research the London Blitz.

History. I love it.