I miss the days dressing up the kids for Halloween.

We had so much fun deciding what they would be. 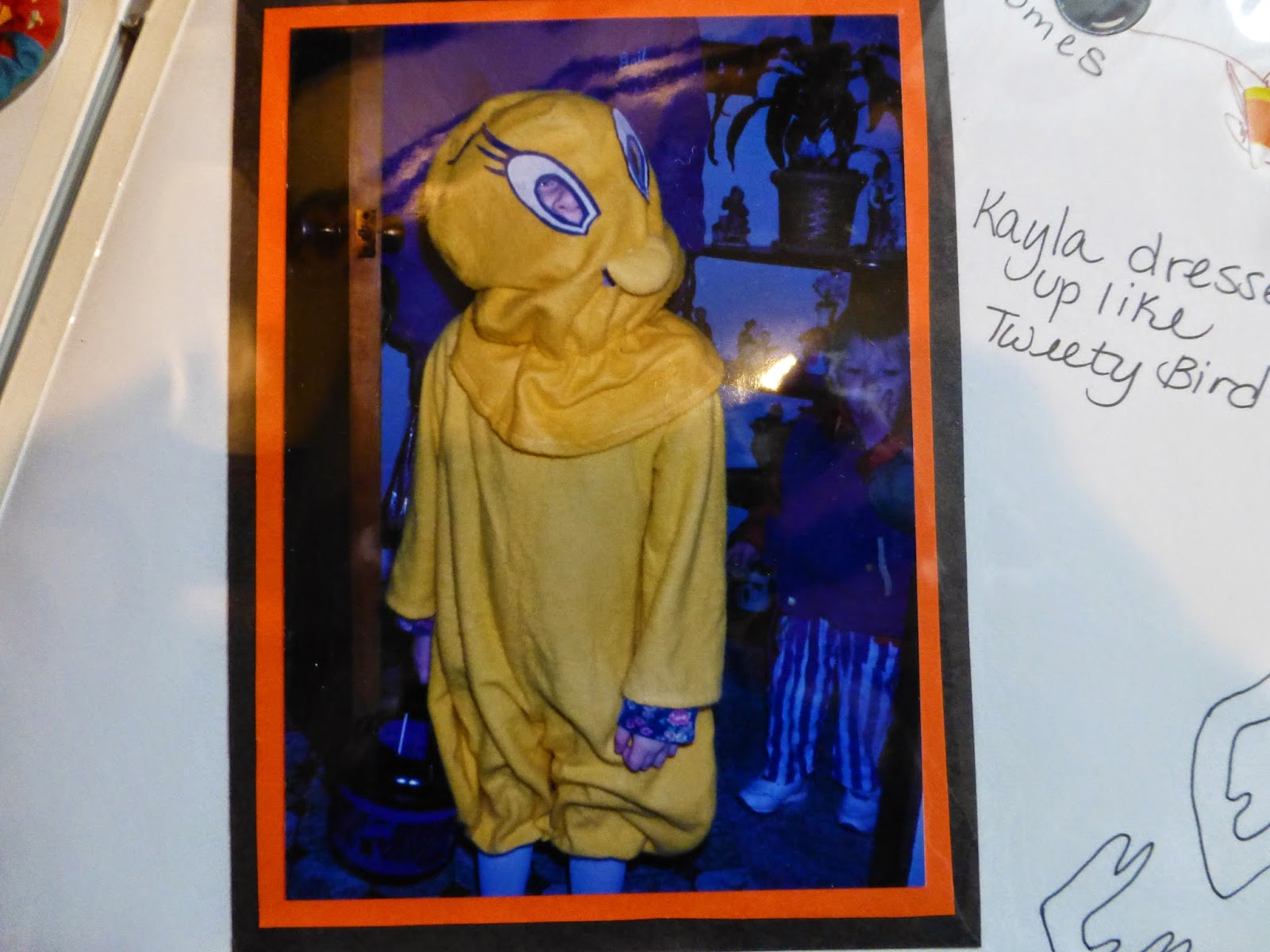 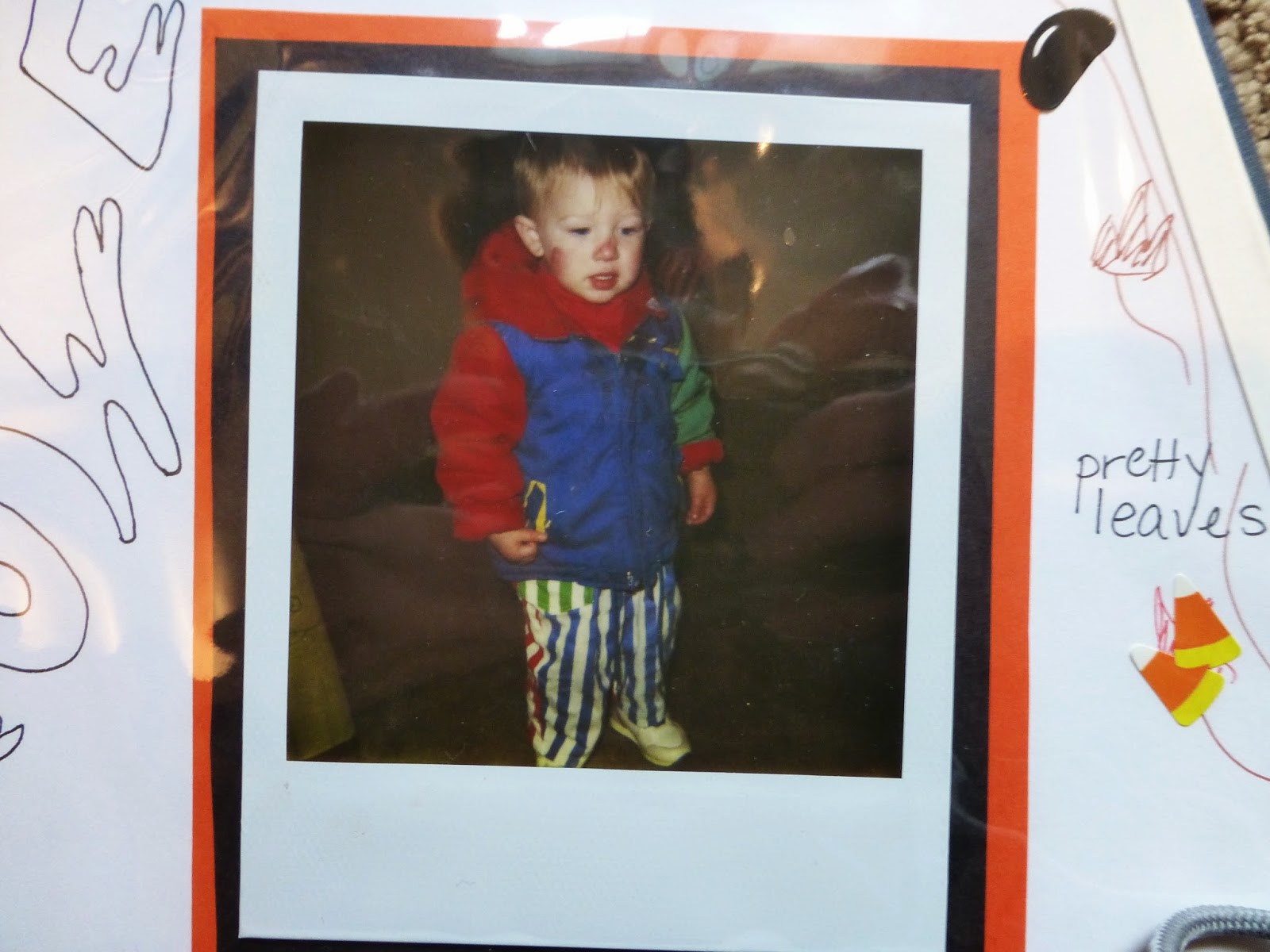 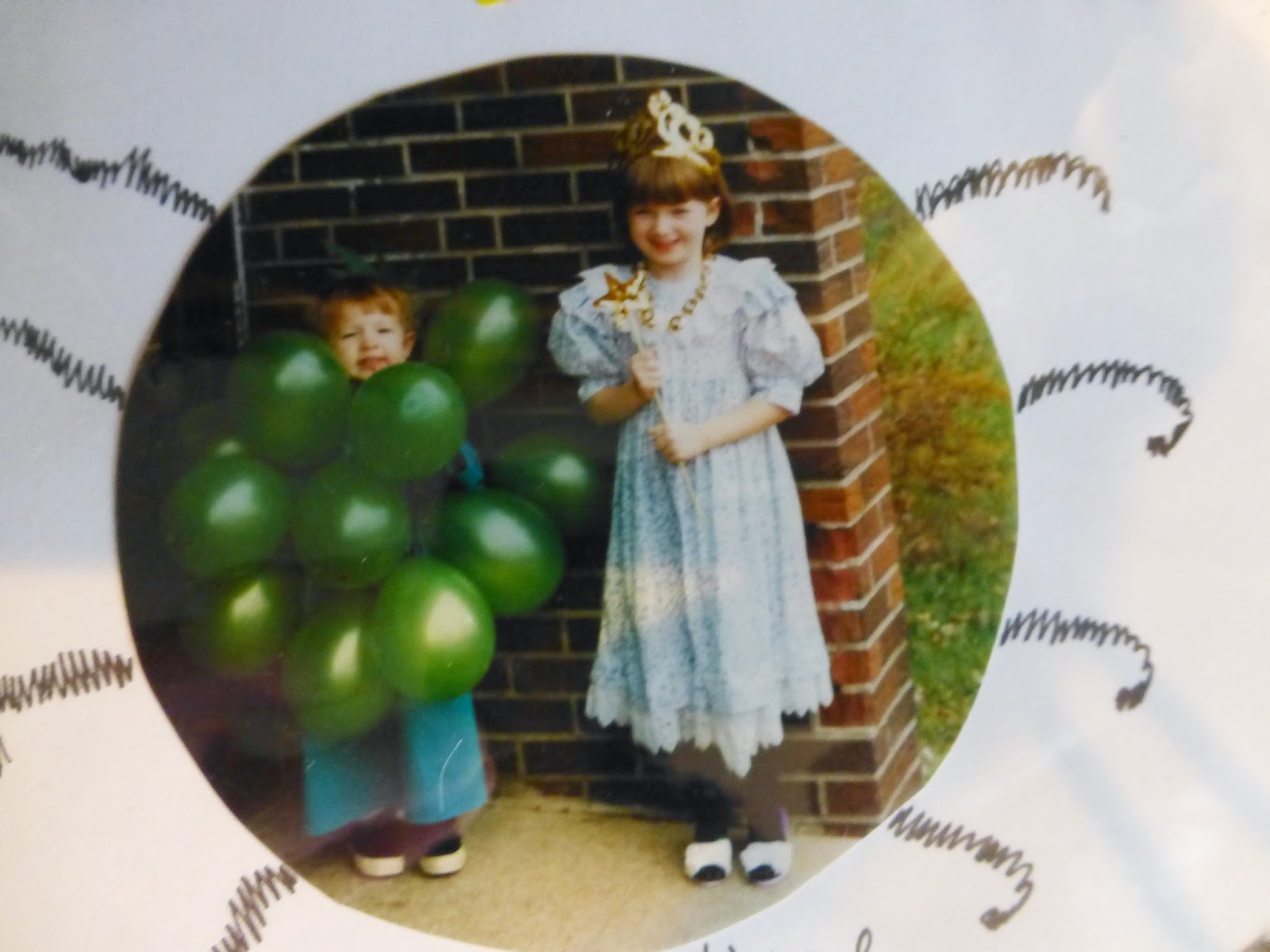 A bunch of grapes and a princess.  The "grapes" were a challenge.  Mark was getting sick of taking it on and off in the car.  Not one balloon popped! 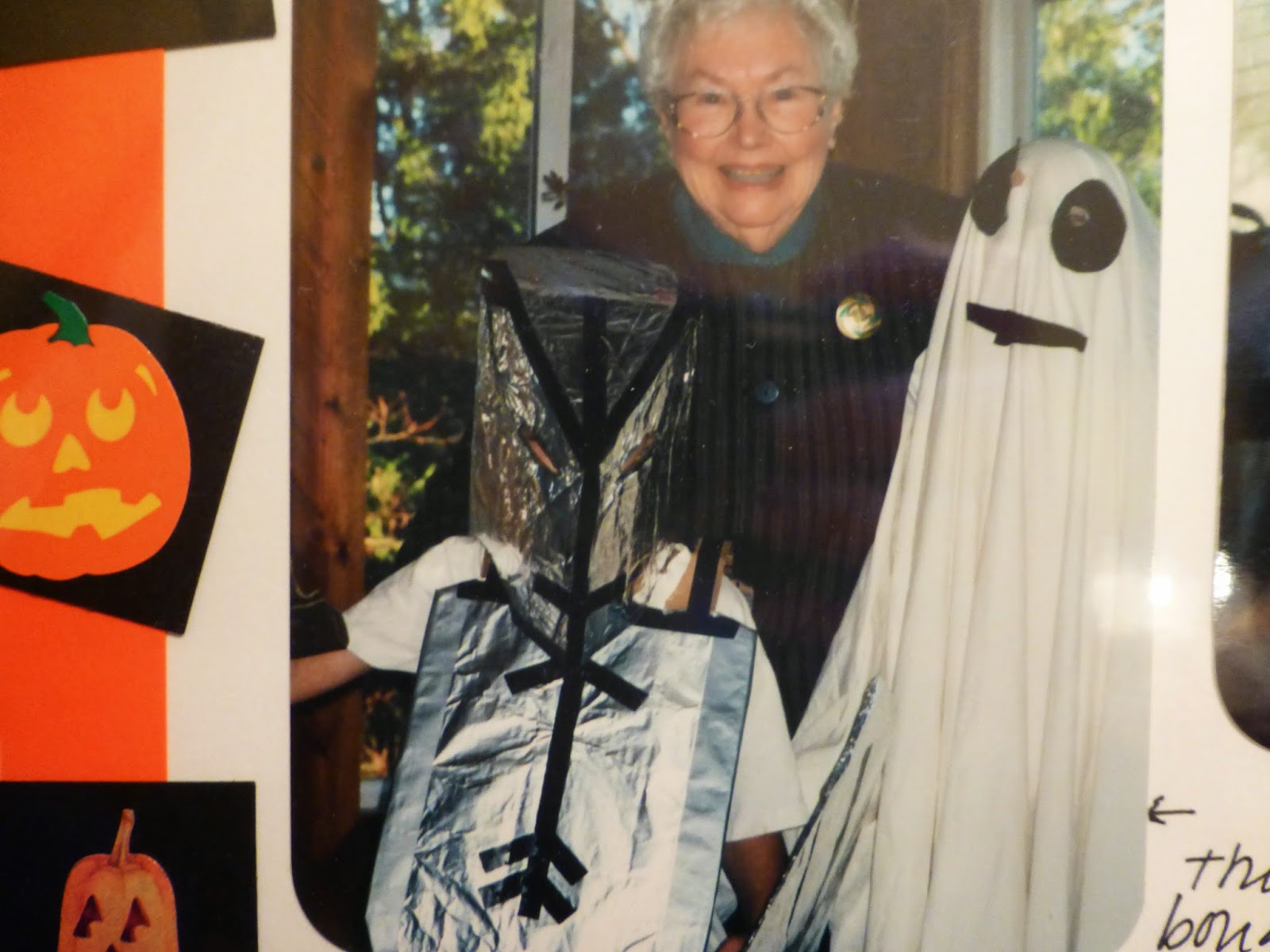 A ghost and a knight 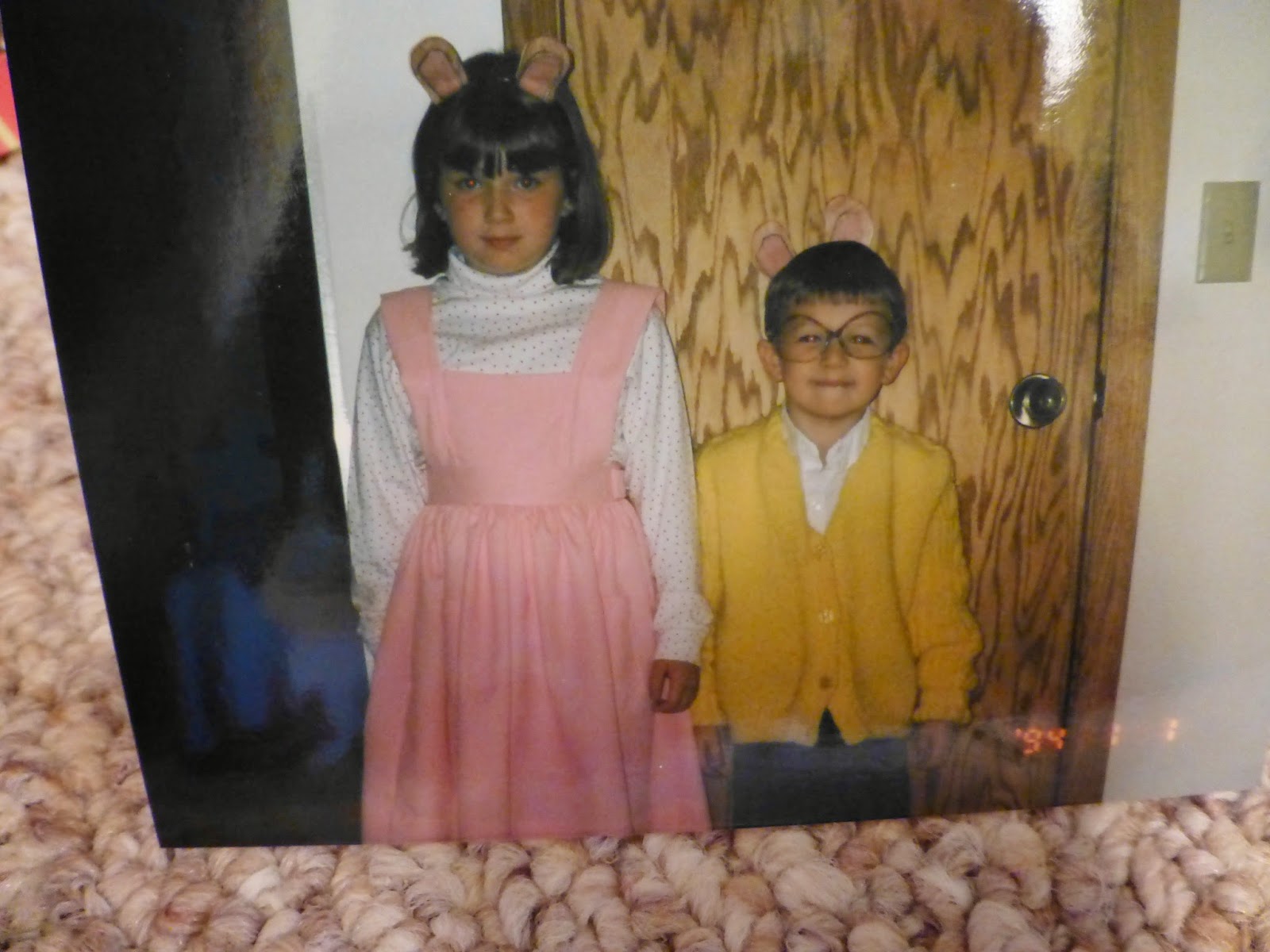 I love the Arthur and DW books.  The kids weren't too impressed  with this year's costumes!  The ears were a hit! 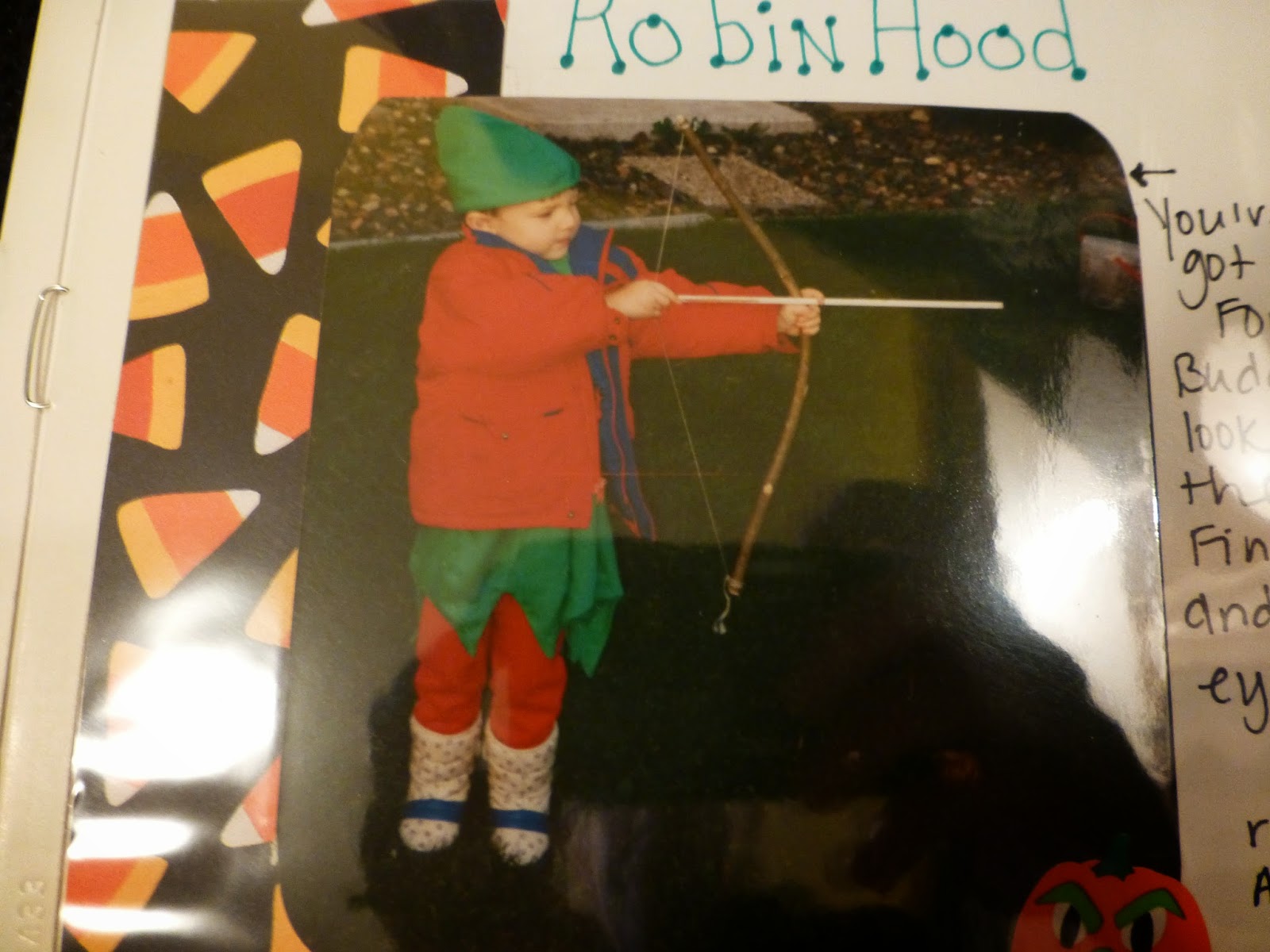 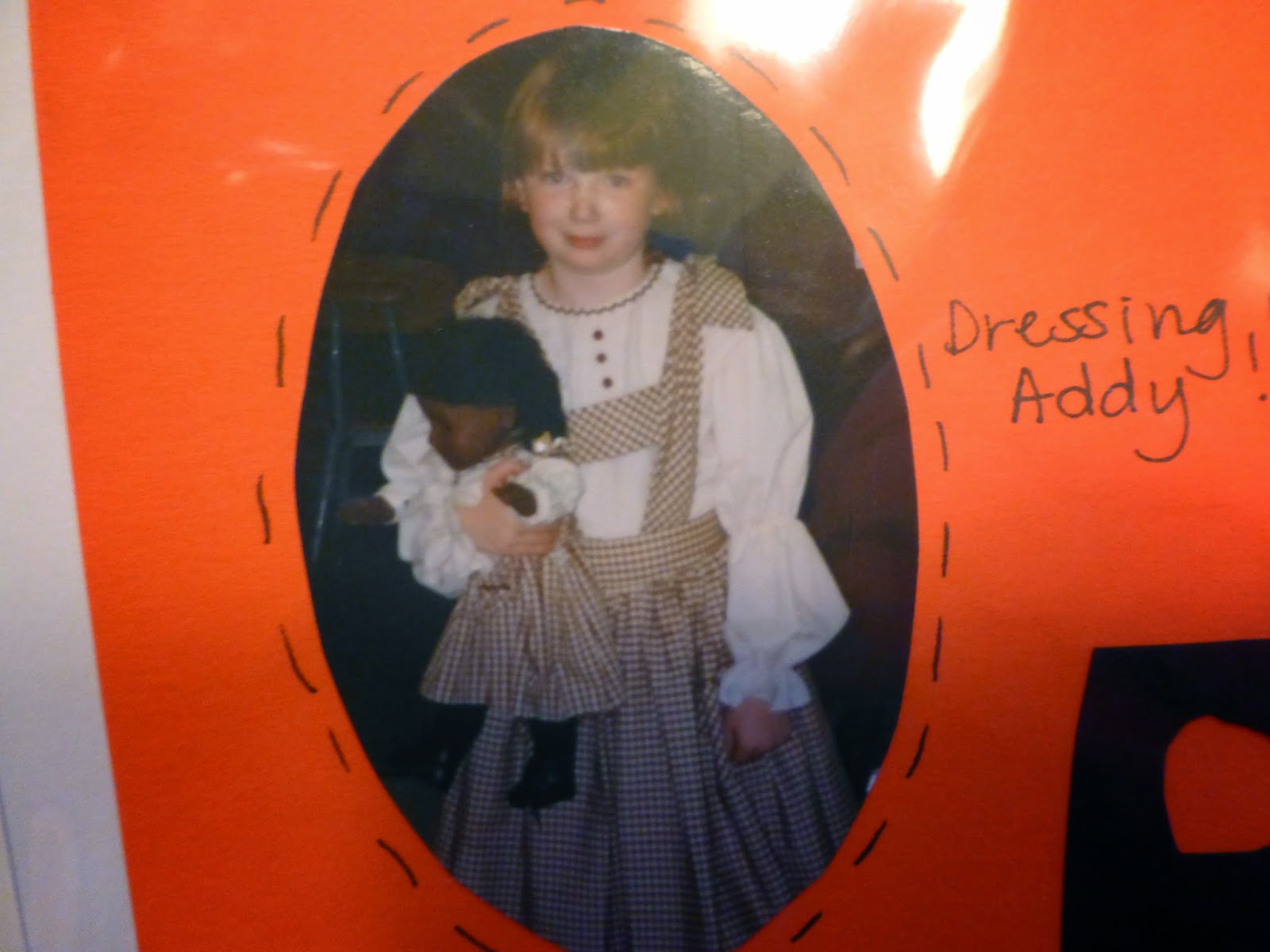 Kayla loved American Girls when she was little.  Here she is dressed like Aady.  Her favorite girl of all.

So, what costumes did you come up with for your kids?

I am from the Halloween capital of the world...Anoka, MN.
Click on the link for more Anoka Halloween info.
www.anokahalloween.com

What is an anglophile?


Webster defines an anglophile as:

A person who admires England and English customs. 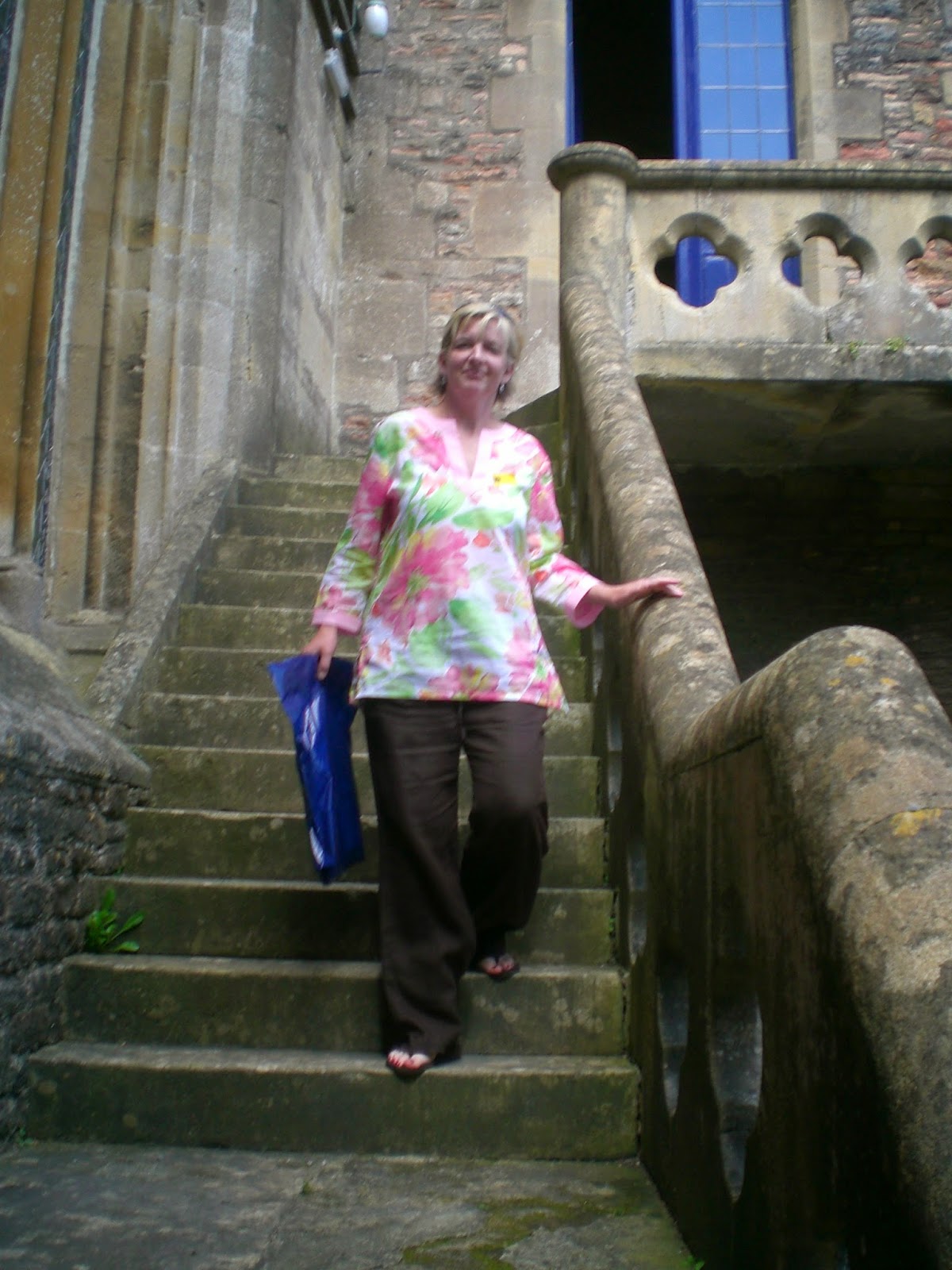 I found this site and have spent lots of time perusing it.  I think I hit the jackpot!
Click on it.  You may just find you have a new way to introduce yourself...
"Hi, I'm Gail and I am an anglophile!  Love it!
Posted by Tea Time at 5:19 AM No comments: 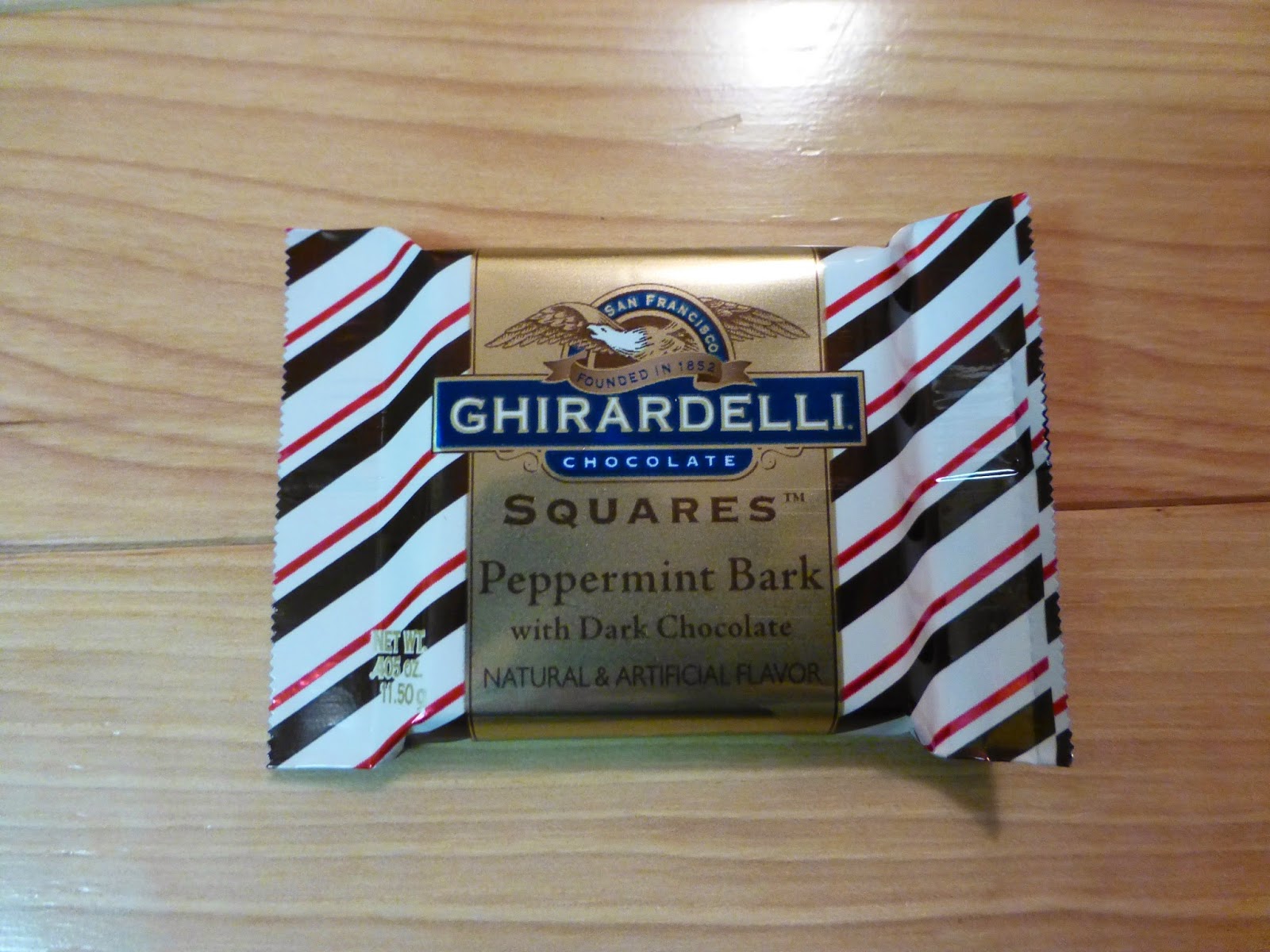 Ghirardelli peppermint bark.  Only comes around these last few months of the year.  I snatched up a few bags to start feeding the craving!
I buy a few bags each week and freeze them.  One can never have enough...it's the simple things in life.
What is your favorite holiday candy?

My writer friend Julie Klassen, has a new book coming out soon.
The name of the book is The Secret of Pembrooke Park.

Click on the video above to see the trailer for the book.

Her website is www.julieklassen.com
There you will find lots of information on  research for her books done in England.  Yes, I am jealous!  Who wouldn't want to do research for a book in England?! 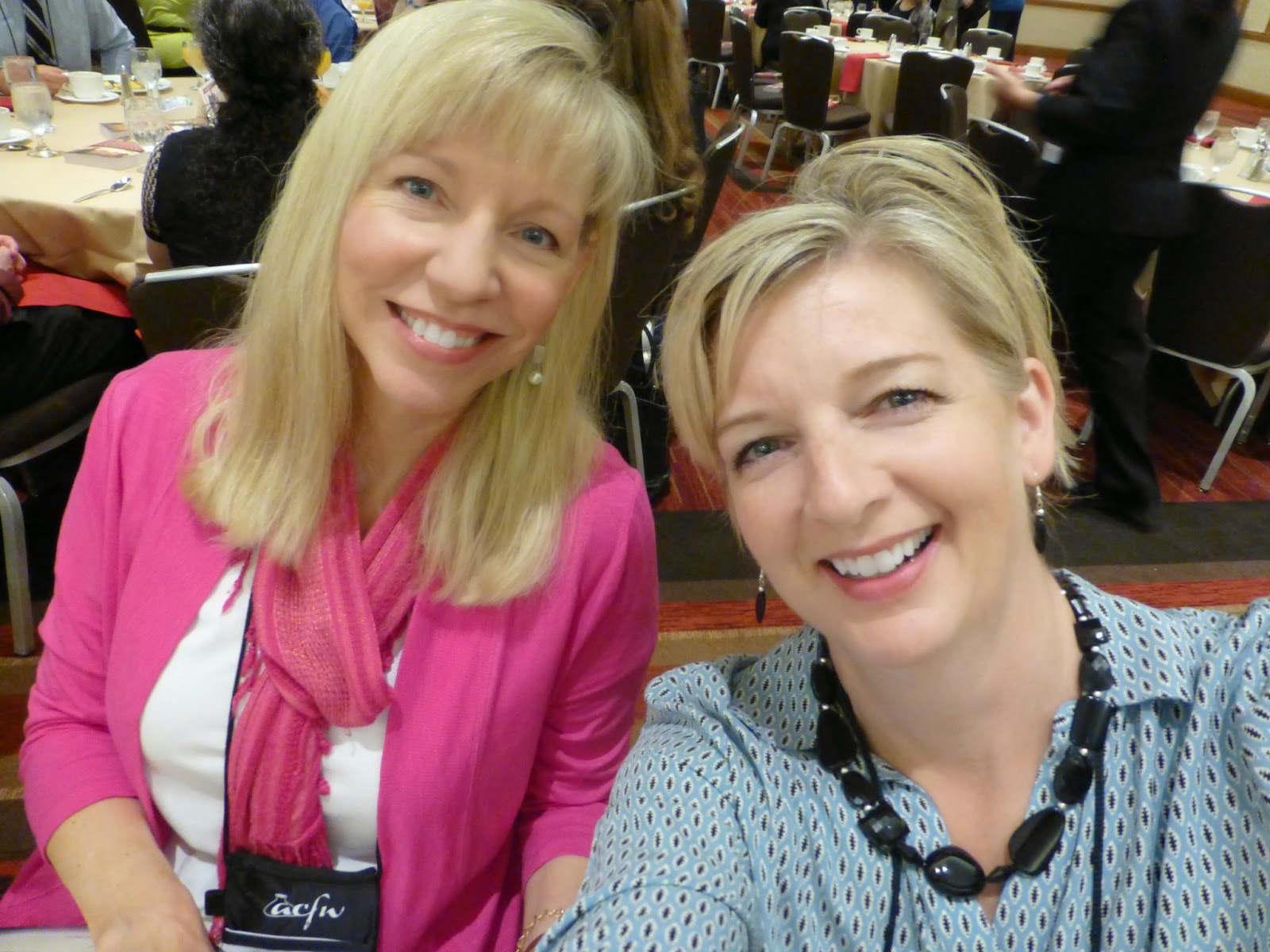 This is Julie (in pink) and I taking a "selfie" at breakfast while at a writers conference recently.

To go or not to go


This is part of a campus alert  my daughter, along with lots of other students and faculty,  read on their emails this week.

Police could be seen walking around campus  in bullet proof vests and there was an FBI presence as well.

My daughter texts me, "the campus is crawling with cops."

What is a parent to do?  Do you let your child go to school, knowing there is a threat...a serious threat that involves bullets.
She is scared.  Really scared.  She thinks of every class she is in, trying to figure out how she could possibly get away if she had to.
I just shake my head.  This is America.  Kids scared to death to go to school because they are afraid they will get shot.  I can't believe I am actually writing this.  She actually has to think of how to escape from someone who would want to harm her, or anyone else, who gets in the way.
I can honestly say that I NEVER thought of this when I attended school.  It NEVER crossed our minds that someone would EVER come in to our school and start shooting.  I just could NEVER even imagine such a thing happening.  Still can't.  It just seems so surreal.

So, what do you do?
Well, I applaud the University of River Falls, WI.
They refused to shut down the University.  With such a police presence, it actually is probably the safest place to be!
They said NO.  Whoever threatened harm, does not get their way.  We win.  We will not give in to fear.  Whatever their intentions, school is to learn.  And learn these kids will do.

I have no idea what October 15 could have been.  I am just a grateful mother that the day was uneventful.

We recently watched an episode of the Amazing Race in which the teams were in England.
Oxford to be exact.  And they had to go punting.

What is punting you ask?  Well...A punt is a flat bottomed boat. 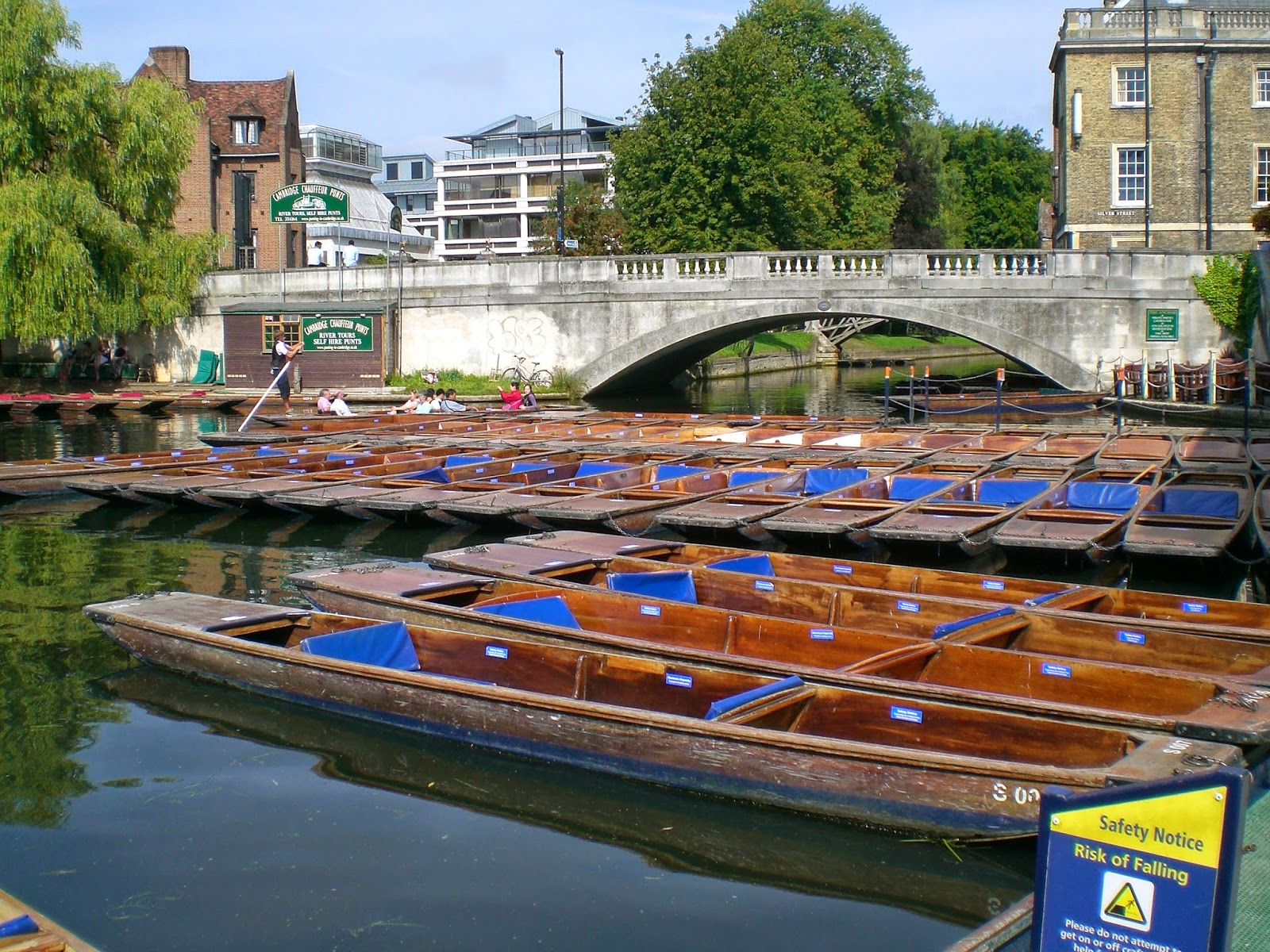 One stands on the rear of the boat and uses a pole to propel the boat.  Looks easy, but don't let it fool you.  It is harder than it looks.
We decided to let the experts take us.  We were on the River Cam in Cambridge for our boat tour. 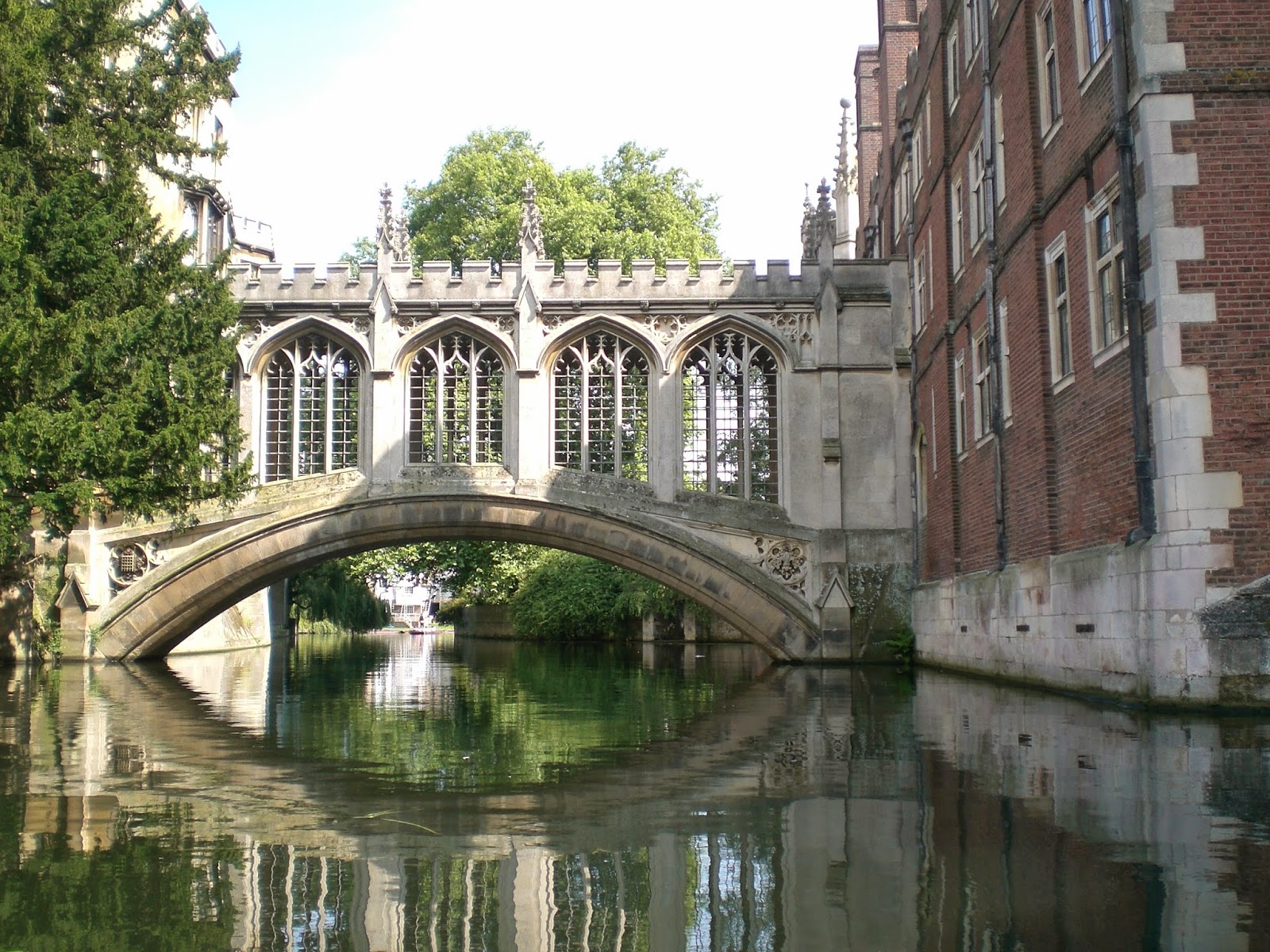 What a thrill to pass under one of the Bridge of Sighs.   The "original" one, of course, is in Venice Italy.
Our tour guide told us a story about the bridge of sighs.   Sighs could be heard from students  padding across the bridge, either going to an exam or coming from one. 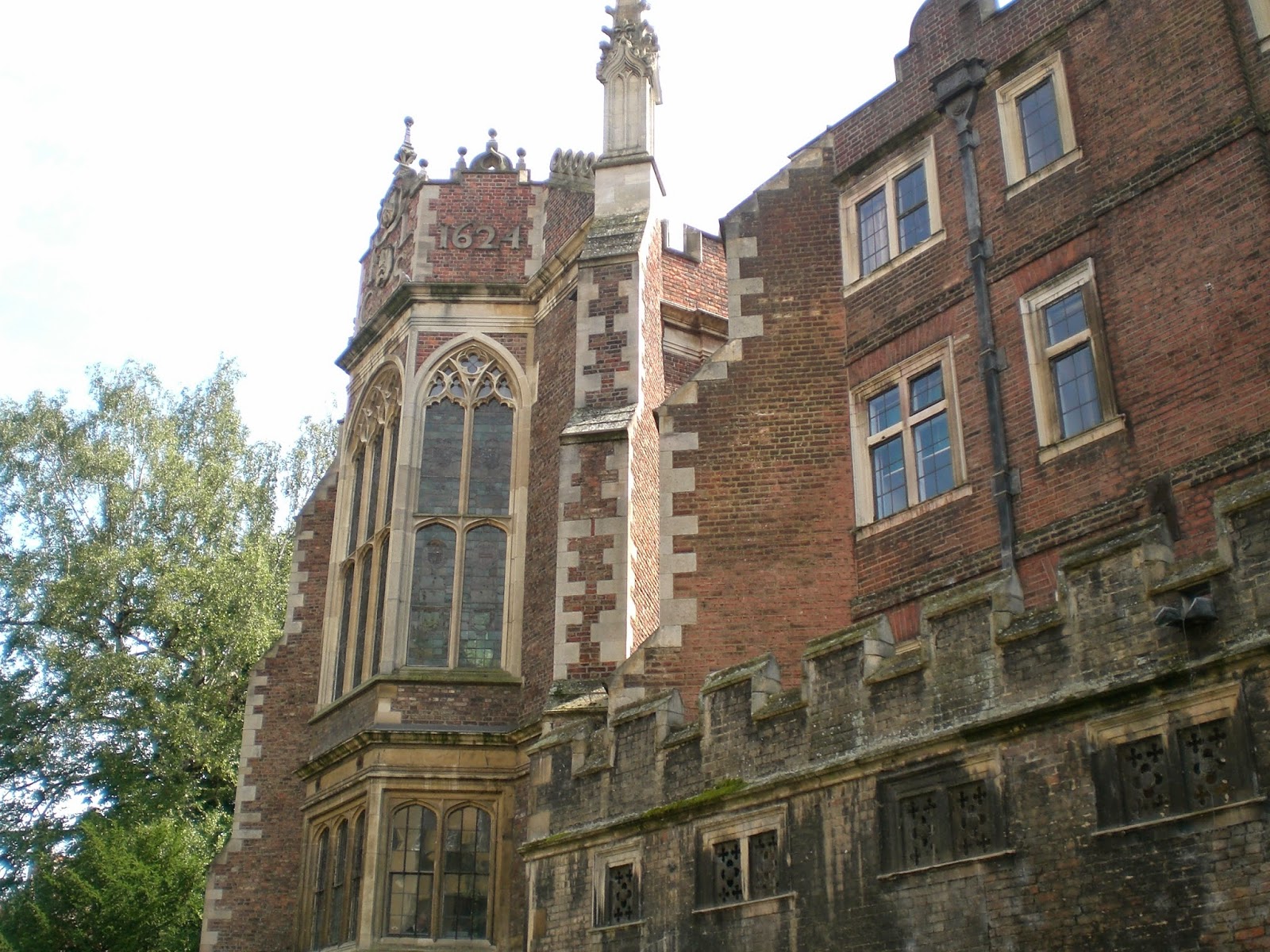 Incredible what you can see from the river.  The date on this building fascinated me. 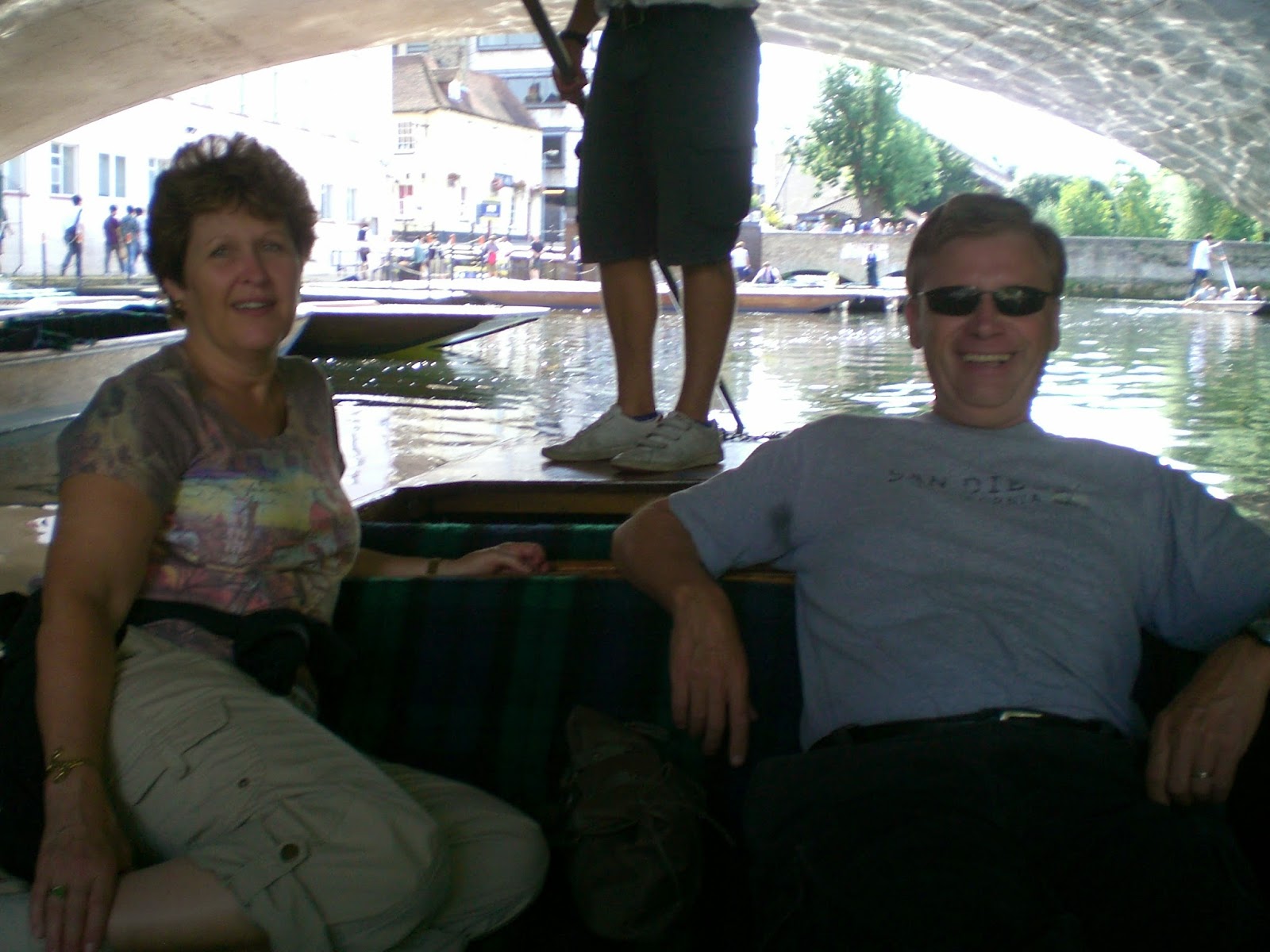 Our friends look so relaxed don't they?! 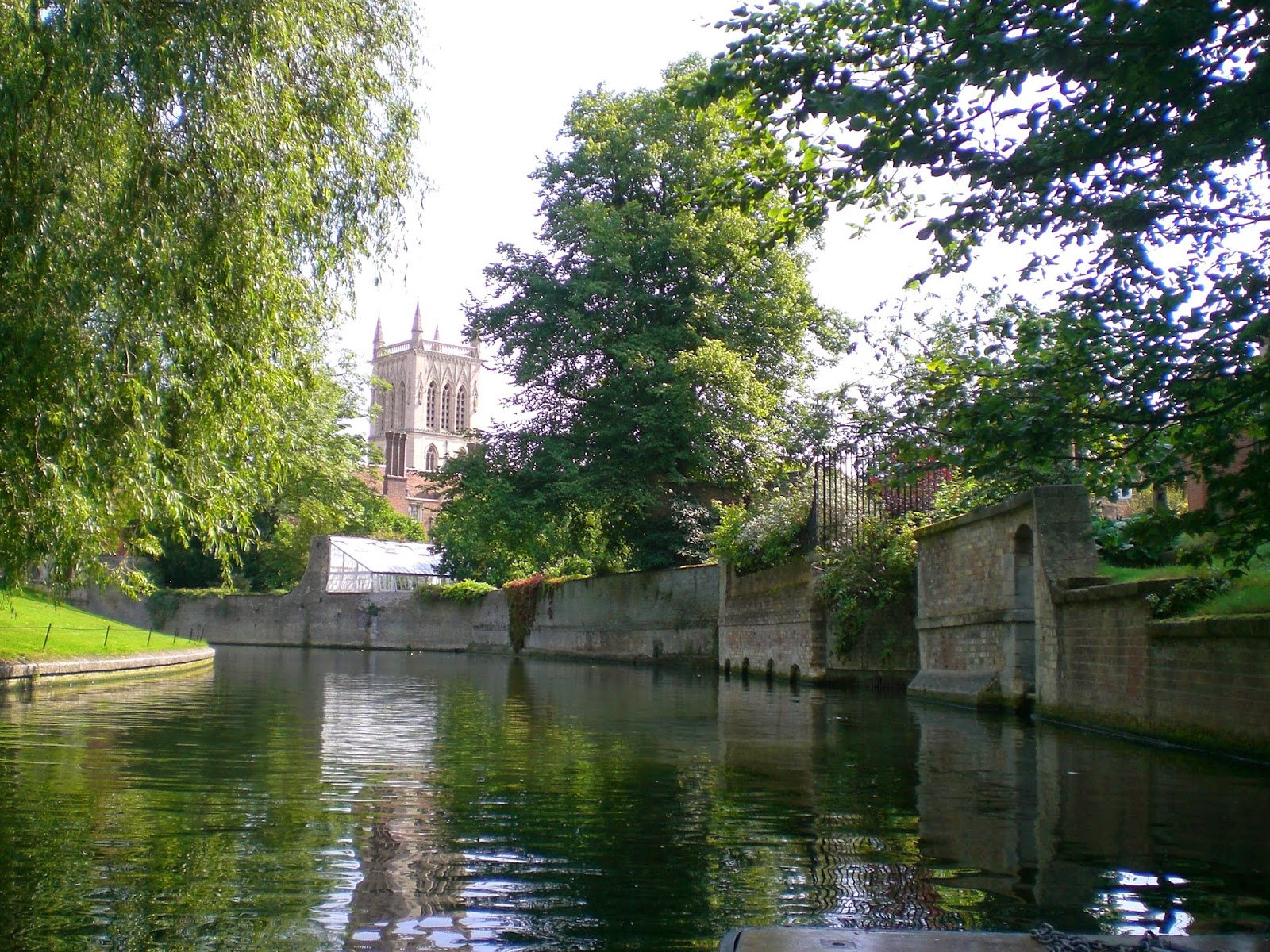 "Just around the river bend!"
A beautiful day letting someone else steer the boat so we can gaze at such loveliness all around us.  Glorious.  Just glorious. 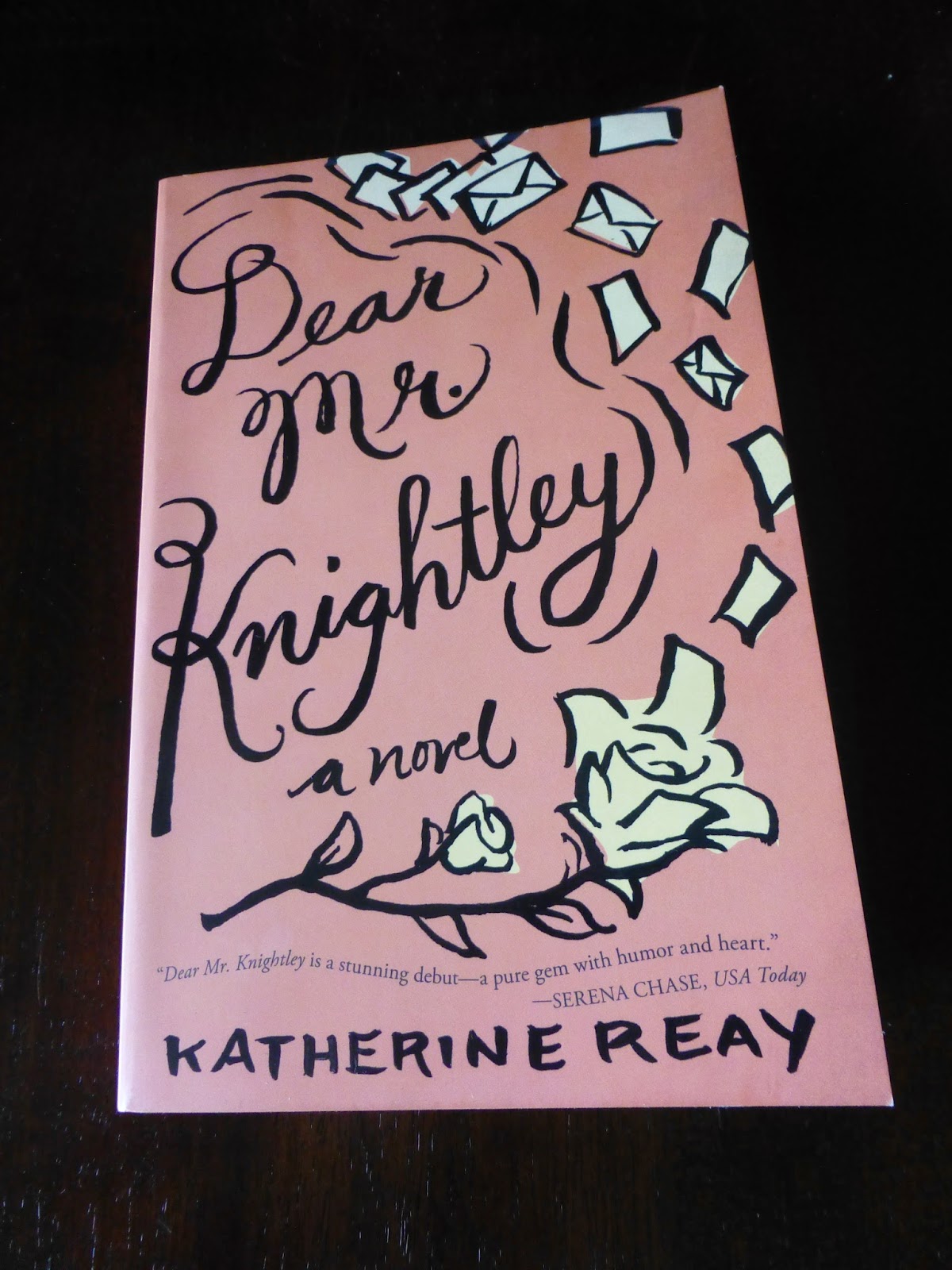 This book is so good.  I think what I love most about it is the letters.  Samantha Moore writes letters to Mr. Knightley.

Here is the back cover teaser..."Sam is,  to say the least, bookish.  An English major of the highest order, her diet has always been Austen, Dickens, and Shakespeare.  The problem is, both her prose and conversation tend to be more Elizabeth Bennet than Samantha Moore.  But life for the twenty-three year old orphan is about to get stranger than fiction.  An anonymous, Dickensian benefactor (calling himself Mr. Knightley) offers to put Sam through Northwestern University's prestigious Medill School of Journalism.  There is only one catch:  Sam must write frequent letters to the mysterious donor, detailing her progress...."

There are quotes of English literature throughout the book.  Samantha just quotes them in dialogue!  This is one of those page turner books.  Again...excellent.  I give it 5 stars.  The author, Katherine Reay, won 2 awards last week at the ACFW conference in St Louis.  I can't wait for her next book to come out.  You can learn more about her and her journey at the web address below.
Happy reading.
http://www.katherinereay.org/


I found this article interesting.
This is about the conference I attended last week.
Thought you might like it too.