Yesterday was by far the worst day of my commute to work for the entire winter season thus far.

The roads were covered in black ice.
For those of you unfamiliar with the term black ice, it's bad. Really bad. Think skating rink. Only it's doubly slippery. It's a thin coating of ice that's so hard to see because the roads are naturally black from the pavement. Cold temperatures and an early morning snow fall made for the perfect storm in driving.

A thin sheet of black ice covered the roads all the way into work. Semis inched along. Cars pumped their brakes only to land in the ditch. I saw it. Three times. Eeek!

I was an hour late for work and I left forty minutes earlier than I normally do.

Tomorrow is March 1. No rest for the weary as we are in a winter storm watch AGAIN. I love winter. I really do. But driving in it is the pits. Just ask all those motorists caught in the 131 car pile up in Wisconsin. Want to know what it's like to drive in winter weather? Go google that accident. It's one for the books.

What would you do?

It's no secret how much I love England.
I could live there.

As you know, I spent a good portion of a day in Jane Austen territory. It was lovely. Whenever I need a break from daily life, I head to my photos and start reminiscing.

While ambling through the museum, I found this display in one of the buildings.

In case you didn't know, Jane wrote many many letters to her sister Cassandra over her life time.  A woman after my own heart! AND, she wrote those letters using a quill pen.  It's hard enough to pen a letter these days, let alone write one with a quill pen. 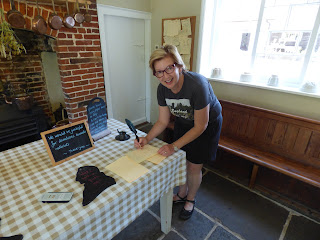 I tried it. It ain't easy! Just saying.
Anyway, back to the letters.
Here's the dilemma Cassandra faced. 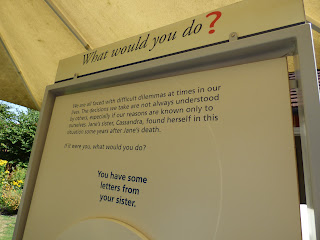 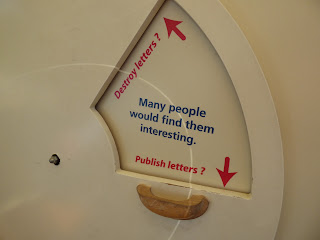 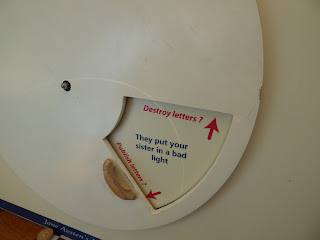 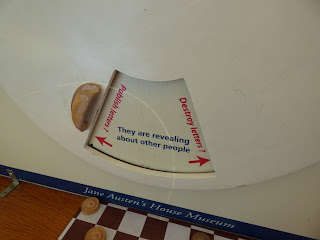 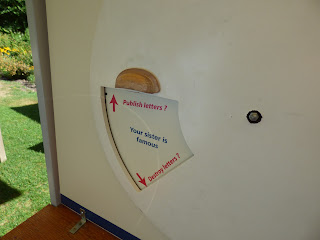 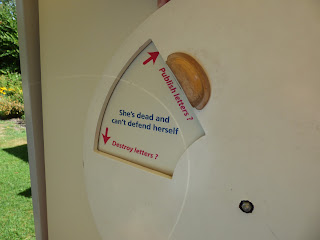 See what I mean?
So, what would you do? It's a great question.
Here's what Cassandra did. 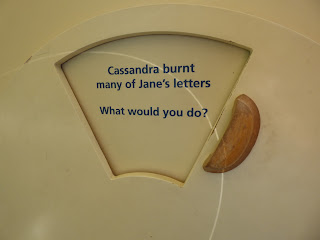 It's sad to think how much more we would know about Jane had Cassandra kept all those letters. But she had her reasons, and I understand that. I've written in many many journals over the years and decided a few years back to burn them. Some things are better left in ashes.  Agree? 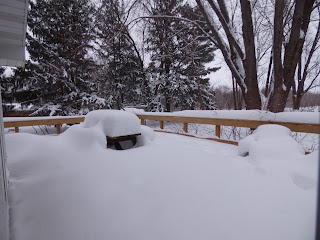 Did I mention snow?
If you've never experienced the cold stuff, now might be a good time to venture north. It just keeps coming.
Perfect conditions for downhill skiing, snow shoeing, cross country skiing, making a snowman. The list is endless.
I'm loving the ideas of things to do inside. Things like write, and read, watch movies...there is something wonderful about the warmth of a fireplace on a cold winter night. Sounds inviting, doesn't it?

Spring will come eventually. Not likely anytime soon.  More snow is on the way this weekend. Oh goody!
Posted by Tea Time at 5:34 PM No comments:

They say a picture is worth a thousand words. Sometimes it takes two or three!

I remember walking along in this village a bit teary-eyed.  My dreams of English villages had fairy tale visions, but wow, when I actually stood in front of the home where Jane Austen lived, well, it's pretty indescribable. 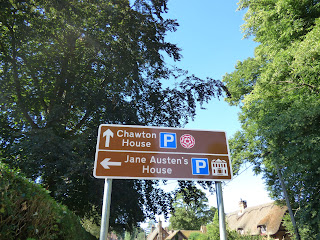 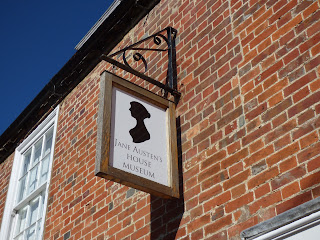 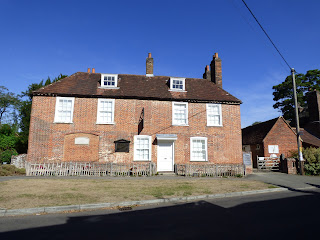 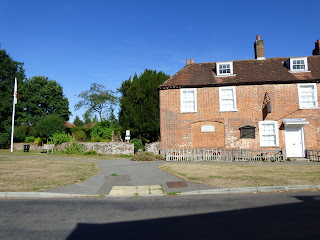 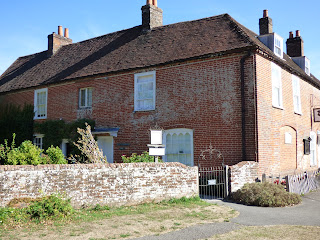 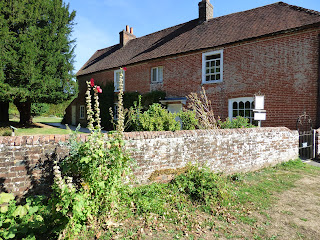 A friend has just been diagnosed with cancer.
Stupid cancer.
I'm just sad, so under my electric blanket I will go. 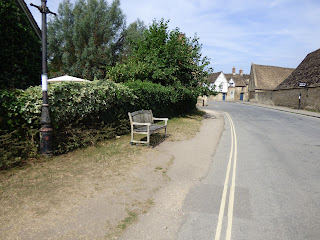 I've been writing today and was just thinking how lovely it would be to write for a whole month in England. That's my dream. Spend a month in England, writing. There. It's out there.
Think of a crazy, way out there thing you would like to do. That's mine.

I think it would be lovely. Write for awhile. Go have tea at a pub. Write some more. Go walk around a village. Write. In an English village. For a month. It could happen.