A few nights ago I sat with my hubby and watched a movie called Midway.

Its not normally my genre, but I've been doing a bit of research on World War II. If you've ever wondered what it was like during the raid on Pearl Harbor, the movie is a pretty good indicator of what those brave souls endured. It's not easy to watch. They were the definition of courage.  Period.

There's a less known group from England I've become attached to. They were brave too. Really brave. The Flying Nightingales. And no, I'm not talking about the bird. These 200+ courageous women flew on missions weeks after Normandy to evacuate casualties. By the end of the war, it is estimated these women of valor brought back to England at least 100,000 wounded soldiers. 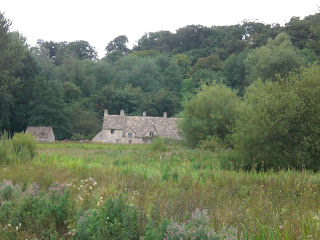 By late 1943, the serenity of the Cotswolds was shattered when Down Ampney, Blakehill Farm and Broadwell became transport hubs for the war.

The women volunteered, becoming nursing orderlies. Each spent six weeks learning how to treat burns, apply O2, injections, and how to cope with such horrendous injuries as severed limbs and head trauma.

One woman flew with an airmen crew of usually four. They would leave in the a.m. carrying supplies across the English Channel, returning in the p.m. with casualties. The flights were a huge risk. The camouflage Dakota planes were shot at numerous times. How afraid they all must have been.

Would this be the time we'd get shot down? A constant question I'm sure every time they flew.

I can't even imagine the fear involved. These women risked their lives logging flight after flight, caring for wounded soldiers with such grace and comfort. 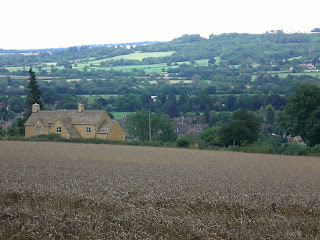 What peace each soldier must have felt as they were given tea and warm socks from the Nightingale. How relieved they must have been when they landed back in England.

Seven remaining Flying Nightingales were honored in 2008 for their courage. They were presented lifetime achievement awards at a ceremony at Royal Hospital Chelsea in London by The Duchess of Cornwall.

"It's wonderful but those who passed on needed some recognition. I do feel I'm receiving this on their behalf as well," states one such Flying Nightingale.

I'm fascinated by these heroic women. How proud their families must be to know such gutsy women were a part of their lineage. Incredible stories of such spirit.

Every September,  a memorial service is held in All Saints Church in Down Ampney. The hymn Come Down O Love Divine to the tune Down Ampney by Vaughn Williams is traditionally sung.

What a privilege to one day be able to attend that service. It's become a lifetime goal. 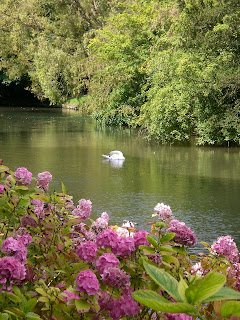 I've recently become familiar with Ralph Vaughan Williams, 1872-1958
He was a famous composer from Down Ampney, Gloucestershire in the UK.

While but a babe at his christening, the vicar accidentally dropped him. Can you even imagine? His mother was quick to grab Ralph by his christening dress, safeguarding him from hitting the floor. What a moment of sheer terror that must have been.
I shudder to think of how quickly such talent would have been lost had he fell to the cement of that church floor.

Not long ago, his famous composition, The Lark Ascending made the UK's top ten list of favourite pieces of classical music. It landed #1.

Ralph Vaughan Williams-Fantasia on a Theme by Thomas Tallis

I strongly encourage you to take the time to look up The Lark Ascending, sit back with a cup of tea and be still. 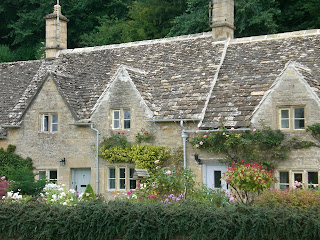 Like a swan gliding through a brook, the peaceful string of of the violin will fill you with grace and peace.

Kindness through the mail

Handwritten notes are a rarity these days.

To be sure, we live in an age where emails and social media are a convenient means to communicate efficiently.
And yet, somewhere along the way, the personal connection has been lost.

We've traded a quick response for the wonderful surprise of sending a real letter, written in our own unique handwriting.
A gift, wrapped in an envelope delivered to a real mailbox, then opened by an unsuspecting beneficiary who gleefully is reminded 'you matter,' upon receipt.

Letter writing is a part of my DNA. It's who I am.

I never write thinking I should get one in return. I simply love being the sender.

These past few weeks I've been the receiver. What fun it has been to open my post with gifts just waiting for me to unwrap. 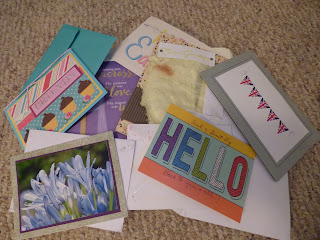 Look at them all. They've been so fun to read. One was from my Auntie. Her note was quite entertaining. She wrote, " I dyed 4 eggs for Easter-no dye so used turmeric, coffee, V8 and Gatorade!"  Made me laugh out loud.
The best part of her letter was just seeing her unique handwriting.

Give it a try. Letter writing. What else are you going to do these days?

You might ask, What's there to talk about ? No one's doing anything.

Ask what book they're reading. What movie they've watched. What did they like about it? How about a recipe they've tried while stuck at home. Bread maybe? Cookies?
What are their hopes and dreams? Where's the first place they will go after restrictions are lifted?

Now get out that pen and paper.
Posted by Tea Time at 5:48 PM No comments:

April 18 will have been her birthday.

Who is she, you ask?

She was a mother, writer, wife. Joy was passionate. Independent. Full of gumption she was.

A long while ago, she wrote to the author of The Chronicles of Narnia not knowing it would change the trajectory of her life forever. Letters do that, you know. Change lives.

What I wouldn't give to have a letter from CS Lewis.

The two started a pen pal relationship. Before you know it, Joy is on a ship crossing the pond to meet him in person. (It's a little more complicated than that, but none the less, they meet.)

Soon, she moves to England from America. I could do that. Move to England. 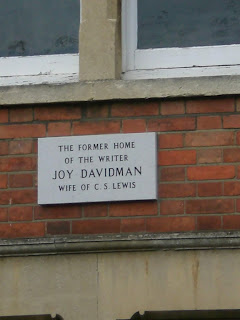 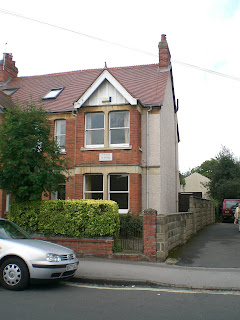 I could live in Oxford. The town is a lively place to visit. More lovely to live there. I know I'd thrive like Joy did!

It doesn't take long and she marries Lewis for the first time. (Yes. They married twice. Told ya...it's a bit complex, but it's a great story.)
In fact, you can read all about Joy in this book. It's excellent. 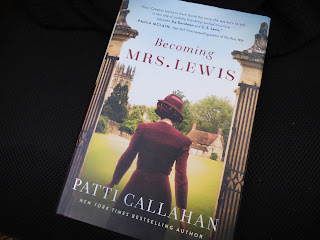 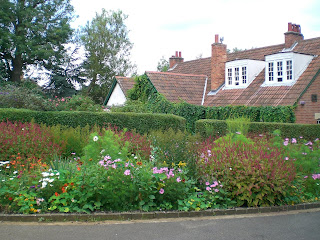 They lived here at the Kilns. Their life was happy, but unfortunately not a long one together. Joy died from cancer about a year after they married for the second time.

Their life was portrayed on the big screen in the film Shadowlands. 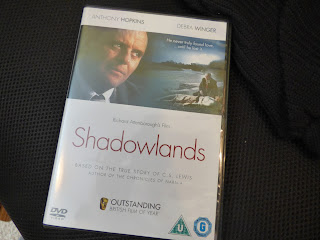 It's not easy to rent this movie. So hard to find on demand. 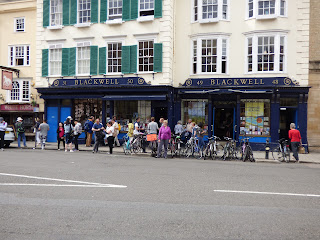 I found a copy while in Oxford here at Blackwell Books. I snatched it straight away the moment I set eyes on it!

If she had lived, Joy would celebrate 105 years on Saturday. I want her gumption. Her writing abilities.
Oh the things we still learn from a life well lived.
Posted by Tea Time at 2:05 PM No comments: